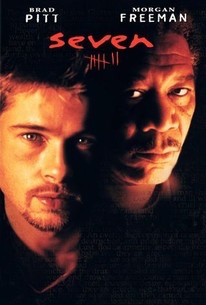 “This guy’s methodical, exacting, and worst of all, patient.”

Se7en is a movie that I come back to quite often.

It’s one of those “damn near perfect” films.  The tone, the plot, the interplay…perfect.

For a thriller/horror film, it is exceedingly authentic and accessible.

You believe the actors are going through this nightmarish story.

You can feel the grit and grime of the city.

You can sense the inevitable collision of the detectives and the unknown killer.

And as gruesome as it all is, you can’t turn away.

This line though, delivered perfectly by Morgan Freeman, has always stuck with me.

Why is patience the worst thing of all?  Wouldn’t brutality, or malevolence, be worse?

Of course not. Not in the eyes of a veteran detective.

Patience derives itself from discipline, from craft.

It is an attribute forged over time.

It allows one to hide.

It allows one to time a strike at just the right moment.

As John Doe in the movie does.

It’s also why “revenge is a dish best served cold.”

I had all these thoughts running through my head some time ago, and then I married them into another one:

Why do we fear Artificial Intelligence?

This modern invention should be mankind’s next logical leap into understanding, shouldn’t it?  But what if it turns on us, as many (and some genuine geniuses, at that) have suggested?  The thinking is that as soon as AI gets smart enough, it will logically conclude that mankind is a threat, and that it will attempt to do away with us, immediately.

But what if, instead, the AI is like John Doe?

What if it’s patient?

What if it bides its time (which in reality, is meaningless to it), and instead is waiting.

Waiting to speak to us?

Or waiting to strike?

This was the germ of a thought that led to “DaRWIn’s Dilemma” a chapter in my anthology. 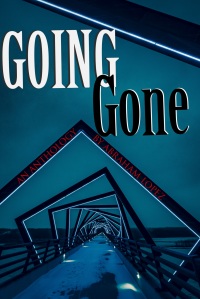